After a quick WFB post i am back to 40k. Currently i am in the process of collecting  Plague marine, Space marine (Howling Griffons), Eldar and Nercon armies. That really should be enough armies for anyone but I would really love to paint some of the figure from quite a few other armies. However I don't have the time to paint an entire army. This is where the new edition, from my point of view, is just aces!

Pretty much every army now is allowed to choose a small force from another codex to take as allies. The limited choice of only two troops and a single slot from HQ, fast attack, heavy support and elites to choose from is a perfect taster that allows me to collect and paint a couple of squads from that or more accurately those armies I have always wanted to.

What to do first? This is a question I ask myself a lot. I started a Dark Eldar army just over a year ago with the view to building a large force. Where I would finish painting one purchase before buying the next. I painted a unit of warriors, a raider and three jet bikes is way before other projects took my attention. I still have a succubus and thanks to two masterclasses another nine  warriors and nine wyches waiting to be stuck together. 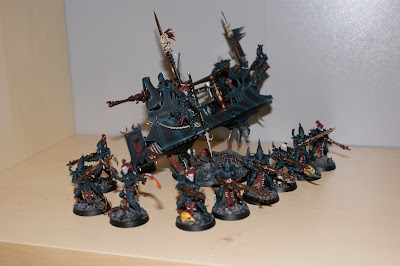 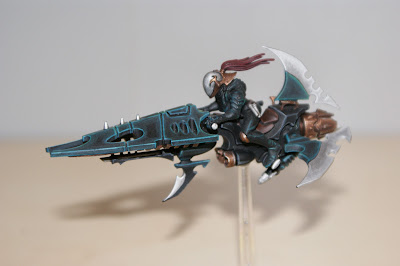 One of my DE jet bikes

I also already have some Nurgle Daemons painted to go with my Plague Marine army. With the release of the new plastic plauge bearers and nurglings I may have to get a box of each to fill out an allied force chart. Below are some pictures that Dan from "Whats New Today" took. I will post some of the picture that he took of my Plague marine army in the next few days. 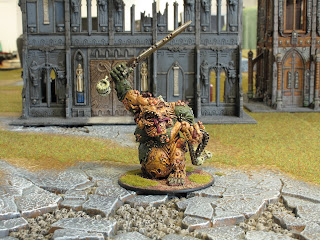 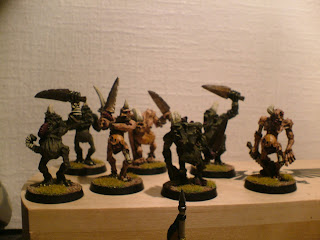 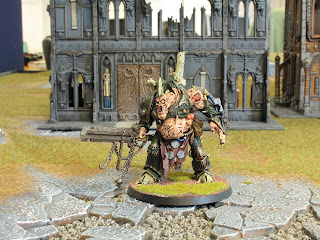 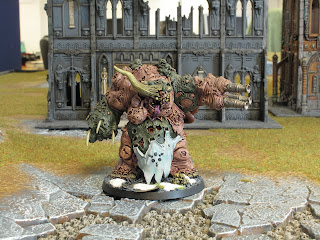 The next allied force after that will be Blood Angels. I want to paint the unit of Sanguinary Guard I got from the Golden Daemon masterclass in the NMM gold that we were taught, as seen in one of my previous posts. But then again dreadknights are cool!

Thanks for reading.
HG
Posted by Unknown at 10:58