Sixth edition 40k was released yesterday woohoo!!!!!! The rules look very nice with a feel of 2nd edition to them. There are loads of reviews and discussions online about the differences this edition brings and I am not going to add to them here.

Today's post will be about my newest army for 40k, the Necrons. I started collecting the army back in February, with the view that I would use it when the new edition came out, and quite surprisingly I have amassed a few painted units in a short space of time. Now these figures are not going to win any Golden Daemon prizes but I think they are of a good gaming standard that most folk would be proud of.

I started this army in my usual way, I had a look in my cupboards in my parents house to see what I already had. Turns out I had a box of warriors and a lord. I had painted up one of the warriors in a white scheme many moons ago with the vague hope of painting a whole army like Clone troopers from Star Wars! 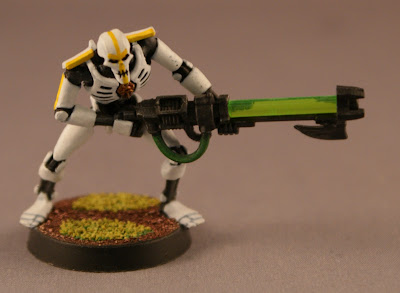 With this army I wanted to paint them quickly and in a dark metallic so I went to Halfords (a car parts shop) and bought a tin of Citroen Arctic steel spray, which is very close to mithril silver, sorry runefang steel. After being washed with black/sepia then two washes with just black, I then edge highlighted the armour with runefang (mithril) then aded some brass and green details. Its a nice simple paint job so I can get through them at a good rate.

Without further ado here are some pictures. 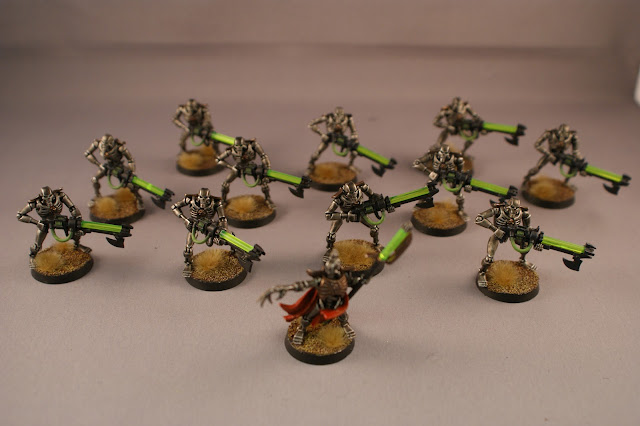 Warrior squad with lord. I have another 10 warriors done and 10 still to finish. I also have a ghost ark half done that most of this squad will depoly in. 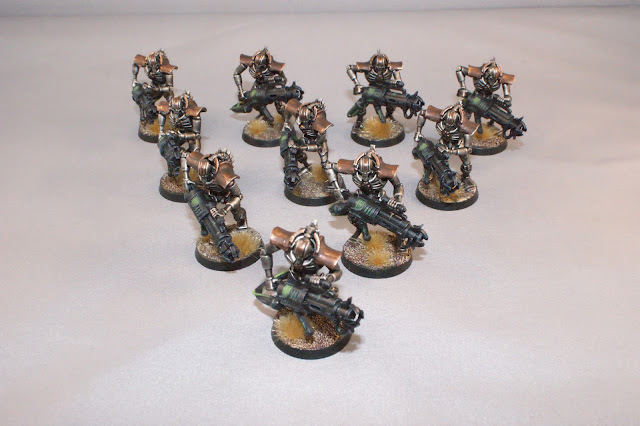 10 Immortals tesla carbines (yes I know most folk don't like them but I do and with snap fire they will be overwatch kings). 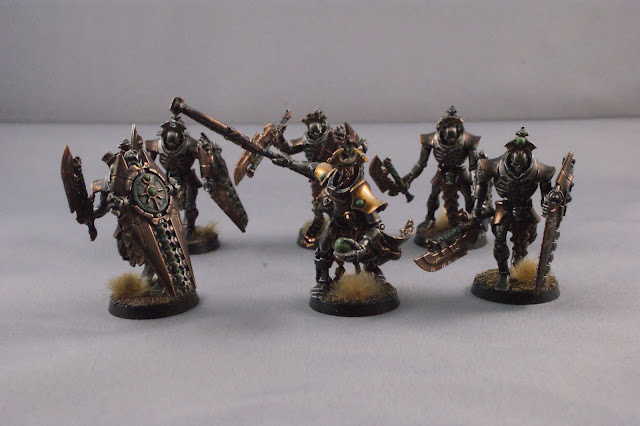 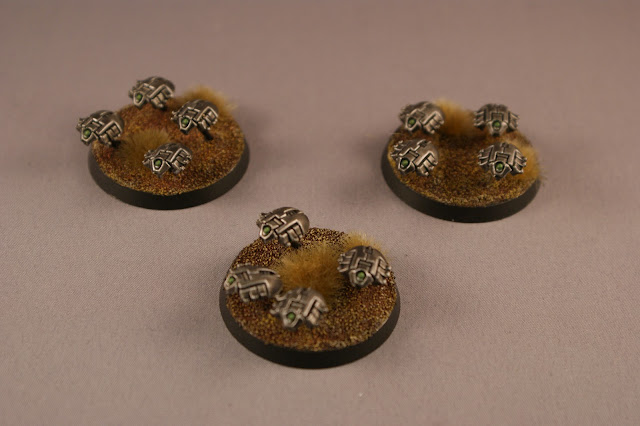 Scarab bases I have 8 fully painted.

I still have five deathmarks and three wraiths to start painting. I want to expand this army to apocalypse scale therefore the next thing on my to buy list will probably be a doom sythe but the canoptek spyder and the triarch stalker are both very cool and then there are the tomb blades ...........Oh well don't have to decide just yet.

I'll put a proper guide together as to how I paint them in the next wee while. I'll just have to remember to take the picture in between each stage.

Thanks for reading. I hope you are enjoying the blog so far.
HG
Posted by Unknown at 06:41